It all began with a chance remark from Angela Preiss in the Post Office: “Have you ever thought of writing a cabaret for the Commercial Hotel?”

But a seed had been planted and songs and ideas began to pop into my head.

How would one start? “Welcome to the Cabaret” – obviously! Then – what would it be about? Living in the country? Living in Camperdown? What’s so good about that?

Ah! Plenty of things: the air, the people, the volcanic countryside, the history, the characters in the town, the stories they tell … all subjects ripe for talking and singing about.

Next – who would be the performers in this strange new venture? Where else would one look but the Camperdown Theatre Company? This company has been a theatrical force in the town for years and in recent times has presented musicals such as “Godspell”, “Hairspray” and “The Addams Family” where actors, singers and dancers of all ages, from children to grandparents, have shown us the range of their talents and gained experience in roles of enormous variety. The same goes for musicians in the town – so many to choose from!

Eventually it was time for an early reading with ‘the boss’: Dennis Madden. His reaction? “Yes! It sounds good. Let’s do it!”

Okay. Time to finish writing, find a cast of four and a musician, and then set up a first read-through.

A first read-through is always a time of fear and trepidation. Would the actors laugh? Would they think it was rubbish? Would they want to do the show?

Well, they did laugh, they didn’t seem to think it was rubbish and they agreed to do the show. (Great sigh of relief from me!).

So – apart from an incredible amount of work rehearsing, tweaking the writing, costuming, finding props, designing and discussing the menu, a few arguments and lots of laughs…… that was about it. The show was ready to put in front of an audience.

We hoped they would like it. And they DID!!! 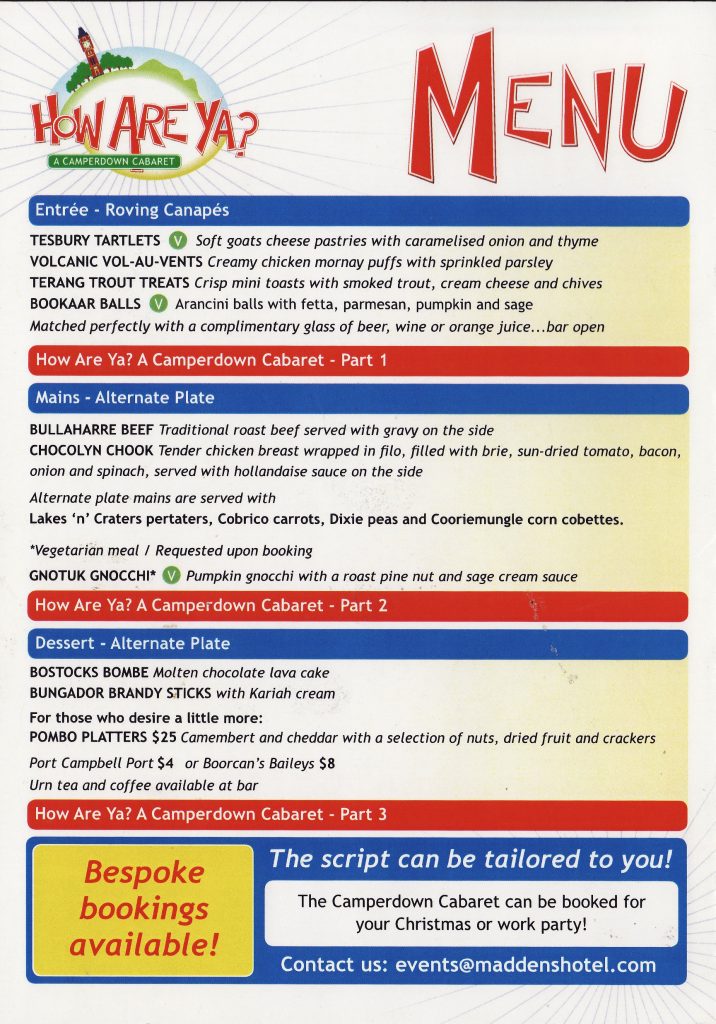 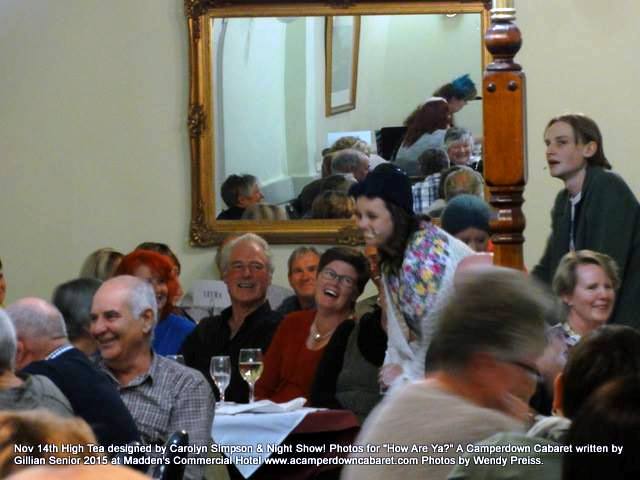 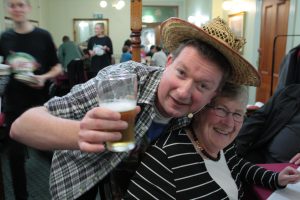 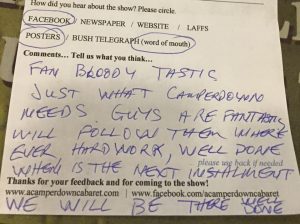 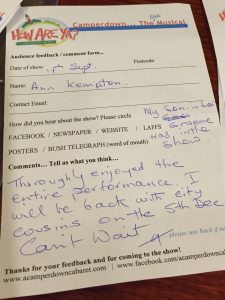 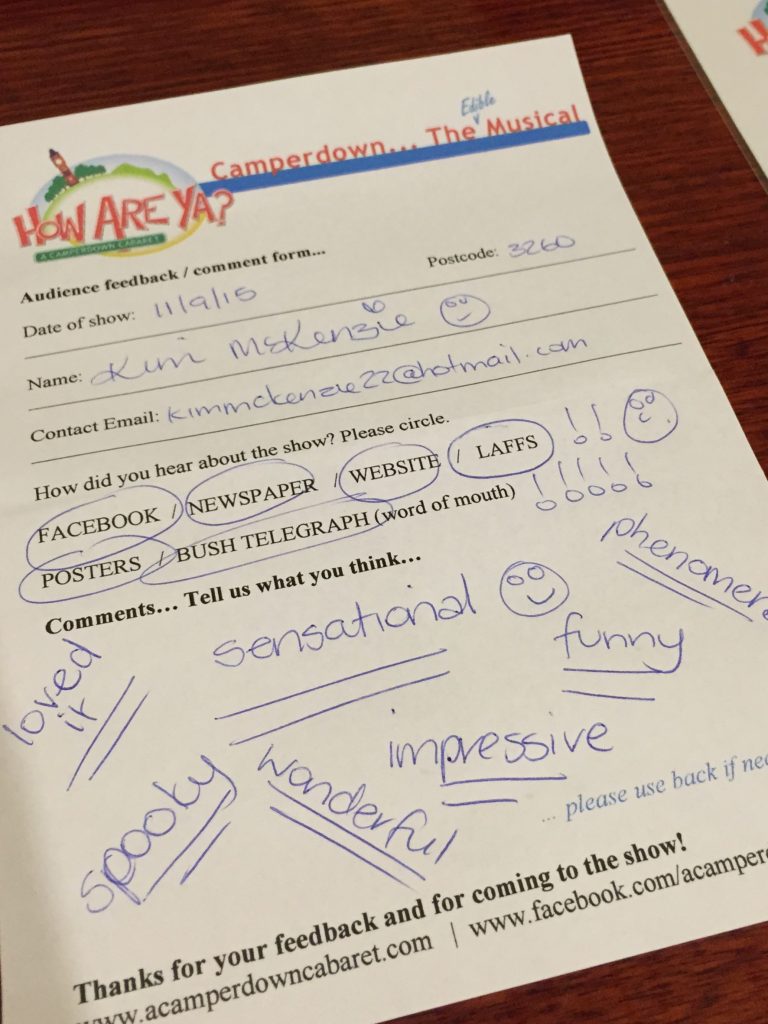 And so…… having been so well received, there seems to be opportunity for the next venture:

“How Are Ya? – A Cabaret for a Country Town”

A rewrite of the original for use in different country towns.

Special songs focussing on a particular region will be offered. If requested, they can be written to highlight local events or attractions.

And – if all goes according to plan, this should be available early 2017.