“Chemical Leak!” and “Sea Secrets” were to be the first two books in a series of exciting adventure stories for late primary and early secondary students. Both books were accepted by Lothian Books for publication in 2006 and 2007 respectively. Sadly, for the author, Lothian was bought by Hachette at the end of 2006. Hachette went ahead with publication of Sea Secrets in 2007 but were no longer interested in continuing the publish further books in this series.

Having spent most of my early writing life in various forms of theatre or other performance areas, I had found the novel-writing quite a struggle. Getting from performance to narrative had not come easily to me.

It was also lonely. None of the excitement of working with other people: directors, musicians, actors……so I gave up in disgust and went back to theatre!

However, the books were published and very well received (reviews are available here). Chemical Leak! Was even short-listed for the Wilderness Society’s Literature Award.

I was quite fond of my characters and proud of the books’ environmental and multicultural themes.

Zena and her mates are typically Australian — their parents come from all over the world.

Zena’s parents migrated from Lebanon, Jason’s from Italy; Sean’s policeman dad is Irish and Jodie, whose single mum is a nurse, only knows that she’s Australian — as, of course, are all the children.

They are in Year 7 and live in a seaside/industrial suburb of Melbourne called Portside.

“I saw a flash of black fur and glistening teeth as the dog sprang up towards me. I flung myself across the top of the container and down over the wire fence, landing in a heap on the ground.”

Zena discovers a nasty-smelling liquid leaking from drums at the back of a local chemical company and decides to investigate it for a school science assignment. Unexpectedly, she finds herself in a very dangerous and life-threatening situation. Her friends come to the rescue and between them, they manage to foil a plan to get rid of the drums by blowing them up. Excitement and suspense will keep you reading to the very end of this thrilling adventure story. 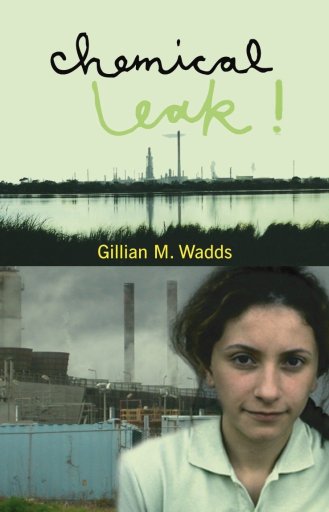 Chemical Leak! was reprinted in 2008 – not by Hachette but by the author, due to a request from a school which wanted to use it as their Year 7 novel. You can read about this ‘steep learning experience’ here.

When Zena and her friends are snorkelling at a local reef they discover some bags of abalone left under the water and suspect that poachers are at work in the bay. A new boy at the school, Tran Nguyen, is kidnapped by his uncle and forced to take part in the illegal trade. The friends manage to find where Tran is being held and overhear the plans of the poachers for a big dive. There is plenty of danger and suspense before the police move in, the gang is apprehended and Tran is rescued. 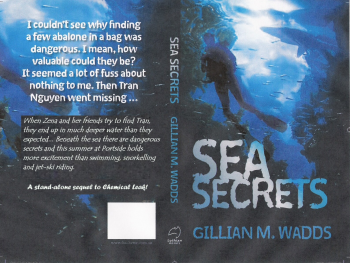